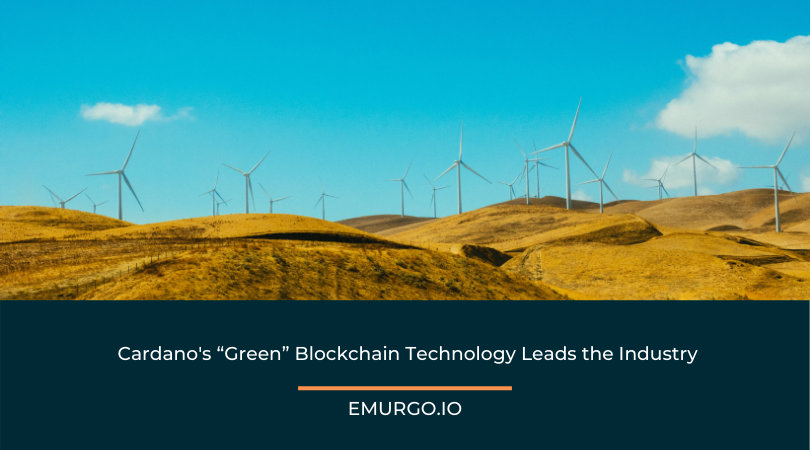 Blockchain technology has come a long way in slightly more than a decade.

Regarded once as an internet oddity, now blockchains and its wide variety of services such as enterprise solutions, DeFi, and NFTs, are increasingly in the mainstream awareness.

Many private businesses will also thrive or fall based on how effectively they adopt and integrate blockchain technology into their verticals.

The promise of blockchain technology and its solutions are almost limitless in the ways it will transform the world of business, finance, art, and others.

At the center of any blockchain network, the protocol is maintained by its consensus algorithm which essentially is the manner in which the network secures itself through transaction verifications, and the mining and addition of new data blocks.

These days, a debate has sparked over electricity consumption and carbon emissions caused by mining for cryptocurrencies, especially in the face of the recent ESG movement.

Critics claim that a type of consensus algorithm called Proof-of-Work (PoW) which is used by Bitcoin, is accelerating climate change and goes against the principles of the ESG (Environmental, social, and corporate governance) movement.

Proponents claim that Bitcoin and its Proof-of-work consensus algorithm mostly uses renewable energy and is far less energy wasteful than it has been made out to be.

There are merits to both sides of the argument, but the two are blinded to a different reality.

Now we have viable and more efficient alternatives to PoW in the blockchain space.

In this area, Cardano is leading the industry.

In this post, we will explore why PoW uses so much energy and how Cardano’s technology solves this issue with a greener and more energy-efficient alternative for users and enterprises.

Proof-of-Work is the original consensus algorithm for distributed decentralized blockchains.

It’s the mechanism that ensures all nodes (servers maintaining a copy of the database) in the blockchain network share the same history of events and also governs the distribution of mining rewards.

There is a lot more to it, but for the purposes of this article, those are the important characteristics.

PoW is one of the older and well-known consensus algorithms in the industry and it is behind many networks, but we shall stick to its uses for Bitcoin in this post since it is the most widely known to the public.

As the Bitcoin price climbs, more people enter the mining race to profit from it.

Now, as the number of miners rises, the network needs a way to balance the influx and make sure conditions remain stable.

To do it, Bitcoin’s PoW algorithm has something called the mining difficulty.

Here, we can go back to the environmental issue.

These harder calculations demand more powerful hardware and a greater quantity of it to complete.

As we can see from the chart above, Bitcoin’s difficulty has kept climbing steadily over the years.

Even more electric power will have to be used in the future to keep the Bitcoin network secure.

By some estimates, that’s greater than the entire country of Argentina.

A gargantuan amount of energy is devoted to mining and keeping the network secure.

The problem is compounded by the fact that there are more PoW blockchains, and all consume a lot of energy to keep their networks secure.

The discussion of whether PoW uses too much energy, or if that energy is from renewable sources can be completely sidestepped.

Proof-of-Stake (PoS) is considered to be a far more energy-efficient and environmentally sustainable consensus algorithm to use to secure distributed decentralized blockchains.

Going into detail on how PoS works specifically on Cardano is beyond the scope of this post, but we can cover the basics.

PoS relies on different validators that have proved to the blockchain network that they are staking their native blockchain’s underlying assets or cryptocurrency such as Cardano’s ADA.

In essence, validators lock a number of coins, ADA in the case of Cardano, as a form of collateral in something called “staking.”

The blockchain network then rewards the validators staking their coins with a higher probability of earning rewards based on the size of their stake and the amount of time those funds remain staked to the network.

A sort of lottery is run by the network. The more funds a validator has staked in the network, the higher the chances it will pick them as the “winner” to be able to mine a new data block and earn cryptocurrency rewards.

There are two main advantages to this model:

The hardware requirements to become a validator in PoS are far cheaper than becoming a miner in PoW.

The minimum configuration to start mining on Cardano is:

-Processor: Any Intel or AMD x86 processor with two or more cores, at 2GHz or faster

Basically, anyone from anywhere can become a Cardano validator with a minimum investment.

As a result, PoS is more sustainable because the hardware investment is much lower, and the electricity consumption is considerably lower than PoW. A full PoS blockchain can be completely secured using 1/10 or even less of the electric power a PoW equivalent.

In the case of PoS, Cardano is at the forefront of this technology.

Other known blockchains have yet to transition to a true PoS or use a modified form of PoS.

Only Cardano has a current working implementation of PoS in its blockchain network.

How EMURGO Can Help Your Business Use Green Blockchain Technology

The business world and consumers have been accelerating towards environmentally-conscious products and services.

The worldwide ESG movement has demonstrated this and business capital is flowing towards green technologies.

Cardano since its inception has been designed to be a scalable, sustainable, and interoperable blockchain network with a research-driven approach that provides a greener alternative with PoS to older blockchain technologies.

As a founding entity of the Cardano network and a global emerging technologies company, EMURGO is well positioned to provide a comprehensive set of services for enterprises wanting to implement green blockchain technology into their verticals.

Especially for green product traceability and enterprises that are focused on delivering sustainable products to their environmentally-conscious consumers, EMURGO’s Trace solution is an ideal software solution.

Already in live production with Indonesian coffee processors to track sustainably farmed coffee beans, EMURGO Trace is a platform that can be used to develop frameworks appropriate for your business and utilize Cardano’s greener PoS blockchain technology.

To begin exploring the solutions blockchain can bring to your business or project, please contact [email protected] for more information.